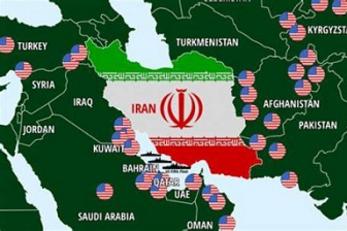 The UNAC initiated Youth Against Empire came out of a proposal at the February, 2020 New York UNAC conference.  During this COVID period it has been organizing webinars where youth can discuss the role of youth in the fight against the wars at home and abroad.  If you are interested in the work of YAE please fill out the form below 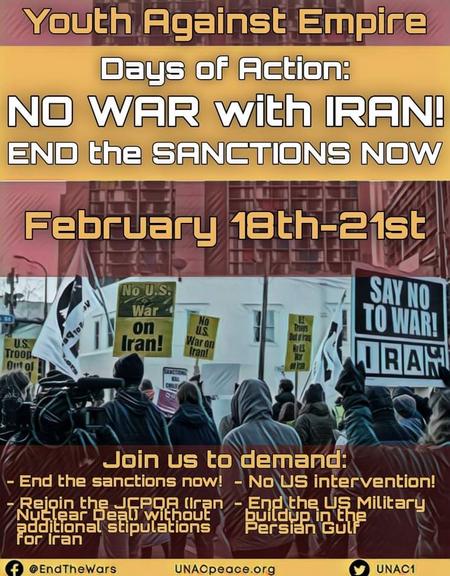 No War on Iran

US has been trying in instigate a War with Iran. Within the past year, the US has been seen to be behind the assassinations of leading scientific and military officials of Iran. The US has Iran surrounded with military bases and Navy ships and has imposed harsh sanction on Iran including sanctioning that deny Iran medical resources during the COVID-19 pandemic​

Youth Against Empire have called for Days of Action on February 18 - 21
No War with Iran! End the Sanctions Now!

Thank you for your interest in Youth Against Empire