Black Panther Party (BPP), New Afrikan, and Black Liberation Army political prisoners were victims of the COINTELPRO operations in the 1960s-70s when the FBI sought to destroy the Black liberation movement. Those currently incarcerated include, but are not limited to (taken from the Alliance for Global Justice):

Russell Maroon Shoats, http://russellmaroonshoats.wordpress.com
Jalil Muntaqim,http://www.freejalil.com
Mutulu Shakur,http://assatashakur.org
Jamil Abdullah Al-Amin, formerly H. Rap Brown, http://imamjamilactionnetwork.weebly.com
Sundiata Acoli was with Assata Shakur (who escaped and found political asylum in Cuba), http://sundiataacoli.org
Veronza Bowers, imprisoned for 40 years, was convicted of murder on the word of two government informers. There were no eye-witnesses and no evidence independent of these informants. At trial, two relatives of the informants gave testimony insisting that they were lying was ignored.http://veronza.org
Ed Poindexter was a target of COINTELPRO, serving life sentences on charges of killing an Omaha policeman. He was convicted on the testimony of a teenage boy who was beaten by the police and threatened with the electric chair if he did not blame the crime on Poindexter and on Mondo we Langa (who died in prison). Amnesty International defends them as prisoners of conscience. See: http://www.n2pp.info, https://www.youtube.com/watch?v=wi0luaq0eyM, http://www.itsabouttimebpp.com/Announcements/Justice_for_the_Omaha_Two.html
Herman Bell,http://www.freehermanbell.org
Romaine “Chip” Fitzgerald, the longest held Black Panther Party prisoner, http://www.thejerichomovement.com/profile/fitzgerald-romaine-chip
Robert Seth Hayes, http://www.thejerichomovement.com/profile/hayes-robert-seth
Kamau Sadiki,http://freekamau.com
Kojo Bomani Sababu (Grailing Brown) was active with the Black Liberation Army, and is a New Afrikan Prisoner of War. Sababu attempted to free Puerto Rican political prisoner Oscar Lopez Rivera while they were both incarcerated in Kansas, and was convicted of conspiracy.http://prisonersolidarity.net/prisoner/kojo-bomani-sababu-grailing-brown
Ruchell “Cinque” Magee was already imprisoned when he appeared in a courtroom to testify in a trial related to the Soledad Prison Revolt. There, he was spontaneously recruited into the Marin County Courthouse Rebellion, a bid to expose the racist court system and negotiate the liberation of the Soledad Brothers by taking hostages. http://www.thejerichomovement.com/profile/magee-ruchell-cinque

Leonard Peltier, an activist in the American Indian Movement, whose goal was to organize the native American communities to stand up for their rights. In a Cointelpro style operation, he was sentenced to life for murdering two FBI agents on the basis of fabricated and suppressed evidence. Evidence exonerating Peltier was withheld by the FBI. In his appeal, the government admitted it had no evidence to show he killed the two FBI agents. Peltier has been imprisoned for 35 years for this crime that he did not commit.  See Robert Redford’s documentary “Incident at Oglala”. http://whoisleonardpeltier.info

Guantanamo Political Prisoners: The U.S. has held 779 prisoners at Guantanamo Bay Navy base and prison.  The government has known that many of them are not guilty of any crime but has held these prioners regardless.  Of these 779, 693 have been released or transferred.  Nine have died while in captivity.  Prisoners have claimed that they have been subject to torture and harsh treatment.  Several have gone on hunger strikes and many were force fed.  For more information on this injustice, please go to http://www.closeguantanamo.org/

Muslim Political Prisoners: On its web site, Project Salam (http://www.projectsalam.org/) has a database that documents many of the cases of Muslim political prisoners and others who have been caught up in the FBI's fake plots. Many of them are people whom the government says may not have committed a crime but might someday in the future.  These pre-crimes are call "Preemptive Prosecutions."  Most in the database are Muslims.  Please see the study done by Steve Downs, Esq. and Kathy Manley, Esq. of Project SALAM and the National Coalition to Protect Civil Freedoms.  The study can be found here: http://www.projectsalam.org/Inventing-Terrorists-study.pdf. Presently, the National Coalition to Protect Civil Freedoms and Project SALAM are on a campaign to ask for clemency for seven innocent Muslim Political Prisoners.  Please go to the Project SALAM web site and sign the petition to support clemency for these political prisoners. 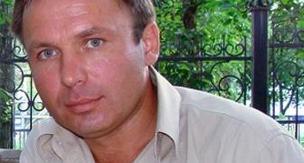 Konstantin Yaroshenko: Russian human rights groups are demanding the release of Konstantin Yaroshenko.  Yaroshenko is a Russian pilot who was arrested in Africa and interrogated by U.S. government officials.  During this interrogation, Yaroshenko claims that he was beaten and tortured.  Yaroshenko is one of many Russians that the U.S. has issued arrest warrants for as a means of intimidating and isolating Russia.  After his illegal detention in Africa he was taken to the U.S., which is also a violation of international law, and tried for drug running, a charge that he categorically denies.  He is now serving a 20 year sentence in a U.S. prison, a country he has never even visited before.  Yaroshenko has been serving his sentence in solitary confinement.  He has health problems that are not being addressed by the prison authorities.  For more information on this case, please go to http://stop-imperialism.com/2016/05/13/10560/

Political Prisoners in the USA

The number of political prisoners in the U.S. is difficult to determine.  The government claims that they do not hold political prisoners and claims that all people in prison are guilty of a crime, whether or not it was committed for political reasons.  This is clearly not the case.  Hundreds of Muslims have been sent to prison for activities that most would not consider criminal, such as giving money to a charity that the US - sometimes after the fact - has determined is related to an organization that they consider a terrorist group.  Other Muslims have simply been caught up in fake crimes invented by FBI and other government agents to trap and convict innocent people.  This has helped stoke Islamophobia in the U.S. and helped build their case for the phony "War on Terror."  Also, for many in the U.S., mostly non-Caucasians, innocent people have been framed to undercut an otherwise legal movement that the government sees as a threat.

Mumia Abu Jamal is the most prominent political prisoner in the US. In 1981, Cointelpro style, he was arrested and sentenced to death in an unfair trial for the murder of a Philadelphia policeman. Mumia was an organizer and campaigner against police abuses in the African-American community, and was the President of the Association of Black Journalists. During his imprisonment he has published several books and other commentaries, notably Live from Death Row. See documentaries “Mumia Abu Jamal: A Case For Reasonable Doubt?” “Mumia: Long Distance Revolutionary.” http://freemumia.com, http://Millions4Mumia.org, http://freemumia.org.

Dr. Aafia Siddiqui is an American-educated Pakistani neuroscientist who was convicted in a U.S. court of assault with intent to murder her U.S. interrogators in Afghanistan and sentenced to 86 years in prison. Four British Parliamentarians wrote to President Obama that “there was an utter lack of concrete evidence tying Dr Siddiqui to the weapon she allegedly fired at a US officer” and demanded that she be freed immediately. The weapon she allegedly fired in the small interrogation room did not have her fingerprints, nor was there evidence the gun was fired. https://aafia.org/dr-aafia-siddiqui/​

Ricardo Palmera, a Colombian revolutionary, is in solitary confinement in the Supermax prison at Florence, Colorado, serving a 60 year sentence for “conspiracy” to hold 3 captured CIA contractors prisoner in the FARC-held zone of Colombia. He was arrested in Ecuador in the process of negotiating with the UN for their release, then extradited to the U.S. where he was subjected to four separate trials. For years he led mass movements for social change, and many of his friends were murdered by death squads of the Colombian government. http://www.fightbacknews.org/2006/04/sisonpalmera.htm 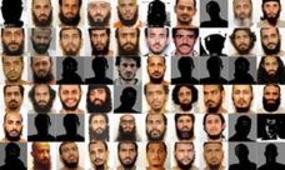 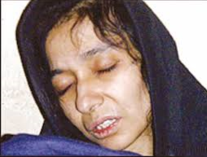